Why is the LGBTQ+ Community Significantly Affected by Drugs and Alcohol?

LGBTQ+ individuals face many different challenges and difficulties compared to their heterosexual peers and may turn to drugs and alcohol to self-medicate. These individuals may be afraid to come out to friends and family in regard to their sexuality and hiding their true selves in fear of not being accepted.

There have been many improvements in acceptance for the LGBTQ+ community in present day, especially with the legalization of gay marriage in 2015. However, people of certain generations, primarily Baby Boomers and Gen Xers, may still be hesitant to come out as LGBTQ to their friends or family. This is because acceptance was not as common or prevalent as they were growing up, compared to Millennials and Gen Z.

“Younger people are more likely to actually live as LGBTQ+ and to identify that way because they are growing up in a time when it’s more acceptable to acknowledge those feelings and to act on them,” said Kerith Conron, Research Director at the Williams Institute.

The evolution of gay bars during the Stonewall Riots in 1960s may be another contributing factor when it comes to alcohol addiction. As these are still popular gathering spots, some may feel these types of bars are the only “safe space” in their community. Some communities may not offer other places for LGBTQ+ individuals to meet or feel accepted. And even worse, those who live in more conservative towns may resort to alcohol or drugs if there is a lack of support or activities in their communities.

LGBTQ+ individuals are also prone to developing anxiety, depression, and suicidal thoughts. They may also have experienced trauma or abuse at some point in their lives. Therefore, there is a greater chance of being diagnosed with these disorders alongside addiction. When seeking treatment for addiction, it is best to find a program that treats co-occurring disorders. When a person is treated for both an addiction and the underlying cause, the chances of achieving and maintaining recovery are higher.

Who Makes Up The Population and LGBTQ Substance Abuse Statistics*

How RCA Supports the LGBTQ+ Community:

Recovery Centers of America at Danvers located in Danvers, Massachusetts has a specialized LBGTQ+ addiction recovery program called Acceptance. This program addresses many important issues such as coping with identity, facing stereotypes and finding the right sponsor. Each of our staff members are provided comprehensive training in order to carry out the program. Our team understands the difference between gender and sexuality, binary and non-binary, and varying sexual classifications.  It is our intent to make everyone feel safe, comfortable and free to be themselves. Here is what some of our patients have to say about Acceptance:

“It gives me a sense of being a part of something.” – Lexi

“This group brings me daily joy and it’s great to socialize with other units and meet new people. I feel at home here.” – Brian 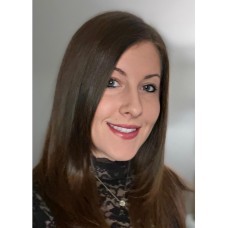 Janelle Marshallick
Janelle manages the various RCA social media accounts but also enjoys writing articles, blogs and researching topics on addiction. She holds a Bachelor of Arts Degree in Communications and is very passionate about the addiction recovery field because many of her heroes and role models are in recovery.